Established in 1881, Toyah was once a growing community on Texas’s Western frontier, but today is regarded as a ghost town.

By the turn of the century, Toyah had 1,000 residents and in 1912 they built the Toyah School that you see photographed here.
Back then, it was called an El-Hi school because they taught both elementary and high school students here.
The school remained open through the Great Depression but afterwards, enrollment decreased as people moved away looking for work.
The town dwindled and could no longer justify a large school. In 1950, the Toyah school system consolidated with the Pecos school system, about 19 miles away.
The building was retired and for a short time, was repurposed as a gymnasium and basketball court.
The other buildings you see photographed in this series were a bank, a store, and an old home.
Although the official population of Toyah is in the low 100s today, they’ve seen a resurgence in activity as workers for the nearby oil production move in temporary trailers to this old town. 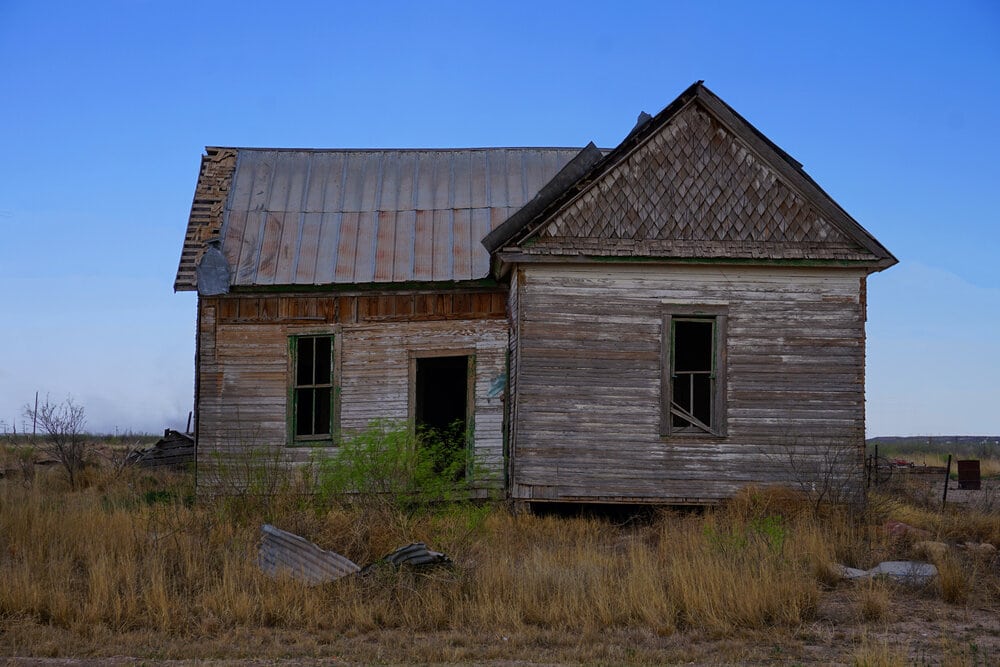 YOU CAN ALSO READ:   Empty Old Church Left Behind in Florida

Georgia Mansion and the Croatan Indians

You probably wouldn't be surprised to learn that t

✨Built in 1917, this lodge building in North Car

Built in the 1920s, this South Carolina store serv

A Methodist congregation began meeting in this are

✨This Virginia church was founded in the 1800s b

✨Closed since the 1980s, this store served a qui

✨Tenant farmhouse from the early 1900s in Marion

👉🏼Who recognizes this historic site?

✨Built in the early 1900s, this schoolhouse woul

I've been visiting this farmhouse in south Georgia

The Hayes Family built this home in the 1870s when