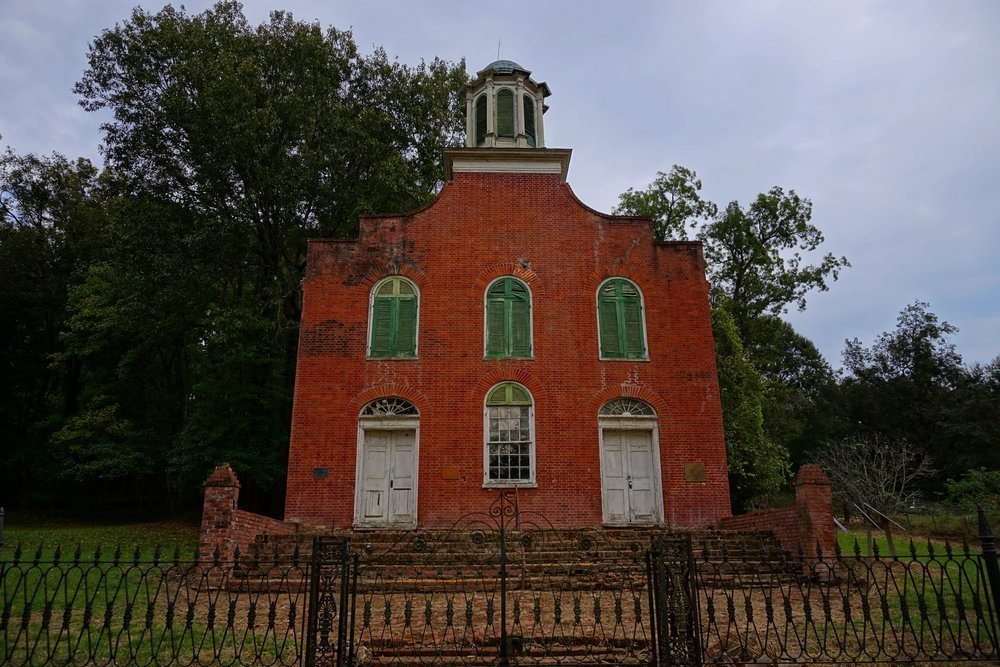 An intrepid wanderer ends up at the end of a long dirt road and stands before this grand building. While many have visited and passed through these doors, you notice distinct silence on this solitary edge of civilization.

No matter how isolated this place is, it has managed to garner some big attention throughout the years from the likes of Eudora Welty and more recently, an active group of preservationists who have come to love Rodney from afar.

Let’s talk a bit about the history of this fascinating church and town so you too can see why its so special.

This Presbyterian Church sits in the Ghost Town of Rodney, MS in Jefferson County. At one point, this bustling community supported three churches, hotels, stores, and many homes. The town fell fate to many events that rendered it isolated and most of inhabitants have moved away over the years as jobs dwindled away. You can read more about the history of the town HERE. 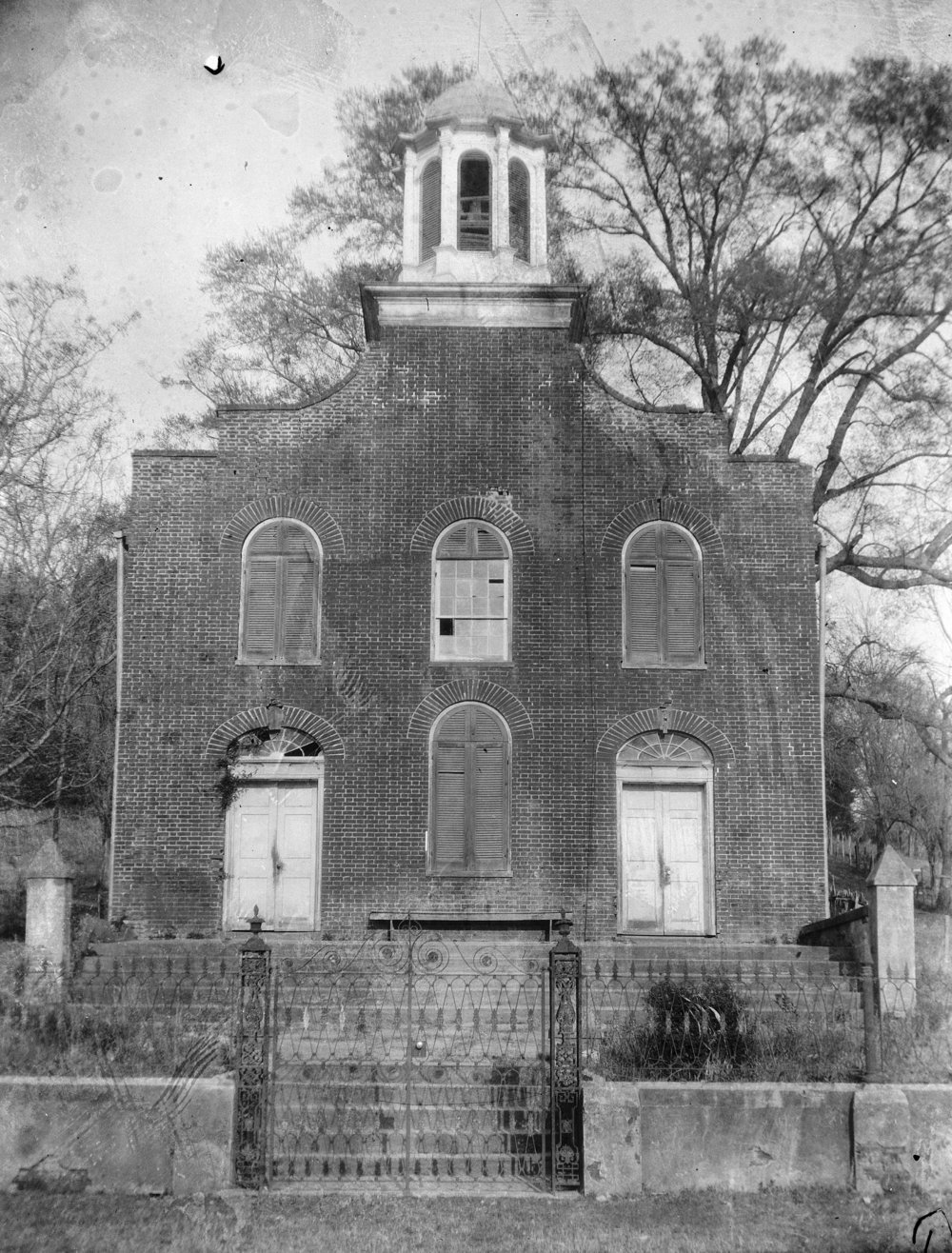 Built in 1832, Rodney Presbyterian is Mississippi’s most distinct surviving Federal style church. At one time, it sat just 300 feet from the rivers edge that was vital to the growth of this river town. At its height, the town of Rodney was the busiest port for steamships traveling from St. Louis to New Orleans. At this time, nearly 4,000 residents resided in this town that had grown to support 3 churches, 35 stores, hotels, and many homes.

But Rodney would fall victim to many fires over the years (1839, 1852, 1869) leaving this church as the only building still standing from the pre-fire days of old Rodney. The other buildings standing today (Mt. Zion, Masonic Lodge, and homes) were built after the fires.

Besides fires, the Civil War, and the changing course of the Mississippi would create obstacles that Rodney couldn’t overcome and most people moved away to find work elsewhere. In more recent years, flooding has endangered the future of Rodney. 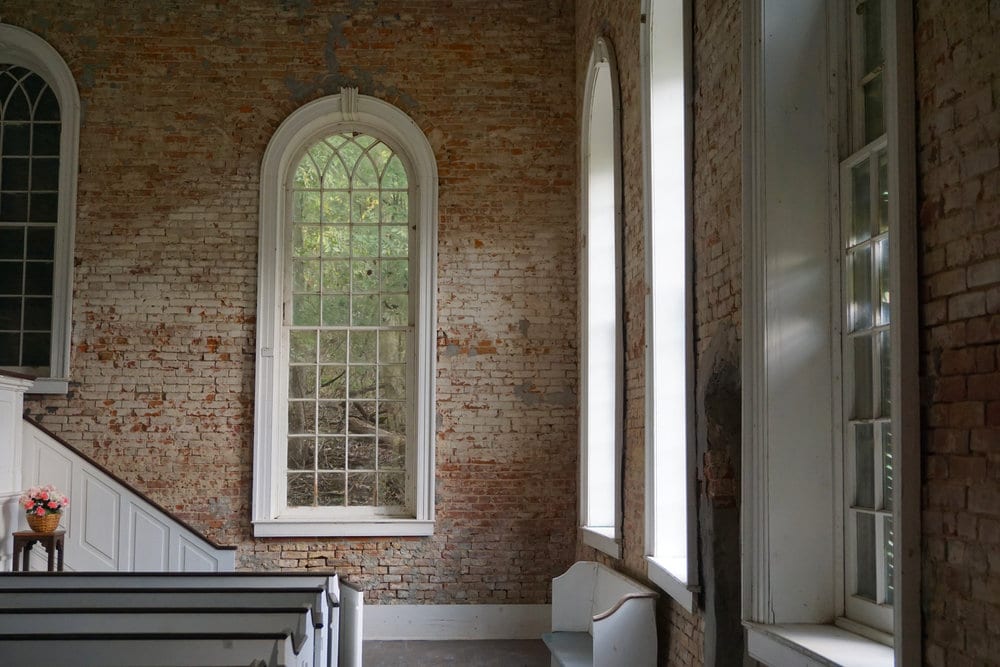 To add even more intrigue to the story of this remarkable building, it was the site of an honest-to-goodness Civil War skirmish that could have been ripped from a screenplay.

By 1863, the Civil War was raging in Mississippi and Rodney felt the impact. Located about 50 miles down river from Vicksburg, they saw their share of battle here in this time capsule of a town.

After the fall of Vicksburg on July 4, 1863, the Union Navy was left in charge of the Mississippi River. The gunboat Rattler was stationed in Rodney to monitor activity in this important port town. As the story goes, the Union men liked to line the decks of the boat on Sunday mornings to watch the Southern Belles in their large gowns going to and from church. While they were instructed to not leave the ship, 24 of them decided to break orders and on September 12, 1863, accepted the invitation of the Reverend Baker of Rodney Presbyterian Church Pastor to join them for services. As hymns were being sung, a Confederate calvary men arose and announced (after apologizing to Reverend Baker) that his men had surrounded the building and for the Yankee sailors to surrender.

Shots ensued inside the church and many congregants hid behind pews for cover. The crew that remained on the Rattler heard the noise and fired a canon on the church. But the Confederates had the advantage that day capturing 17 prisoners (including the Rattlers Lieutenant and Captain). The crew would live in infamy as the only ironclad gunboat ever taken down by calvary. 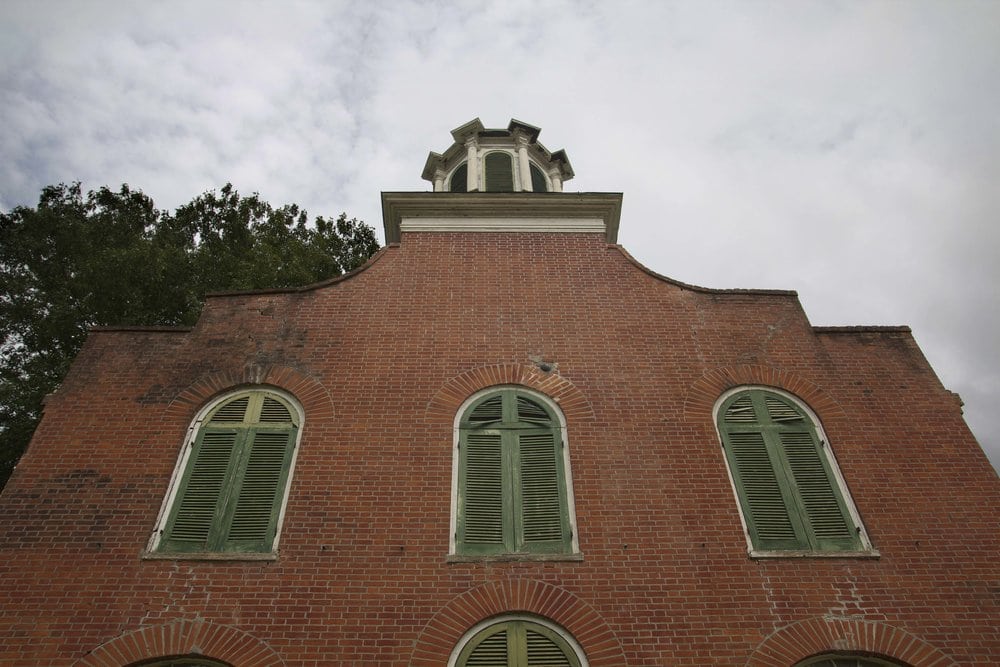