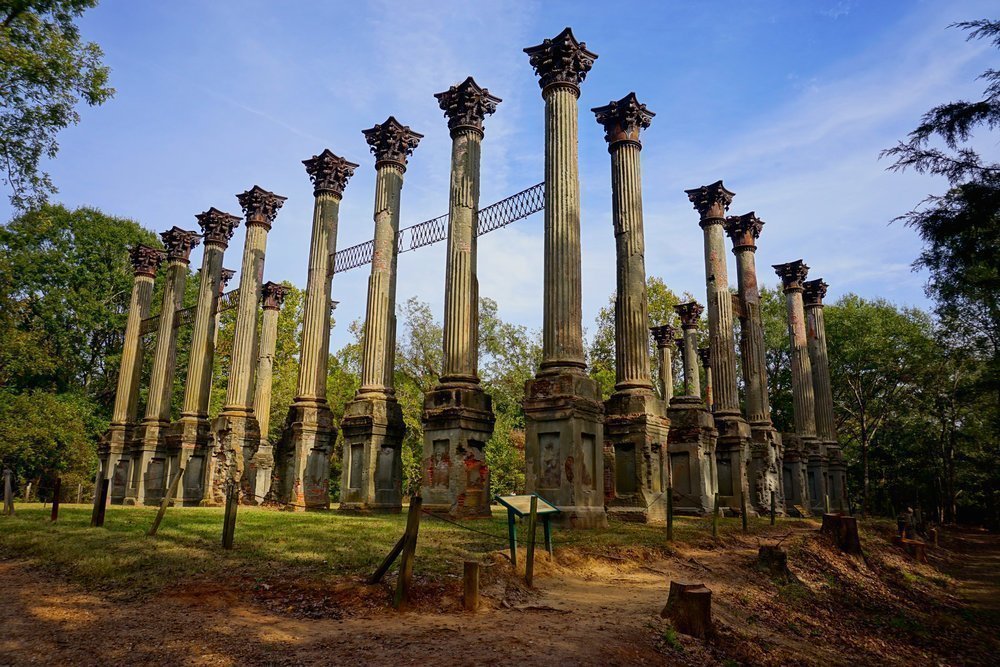 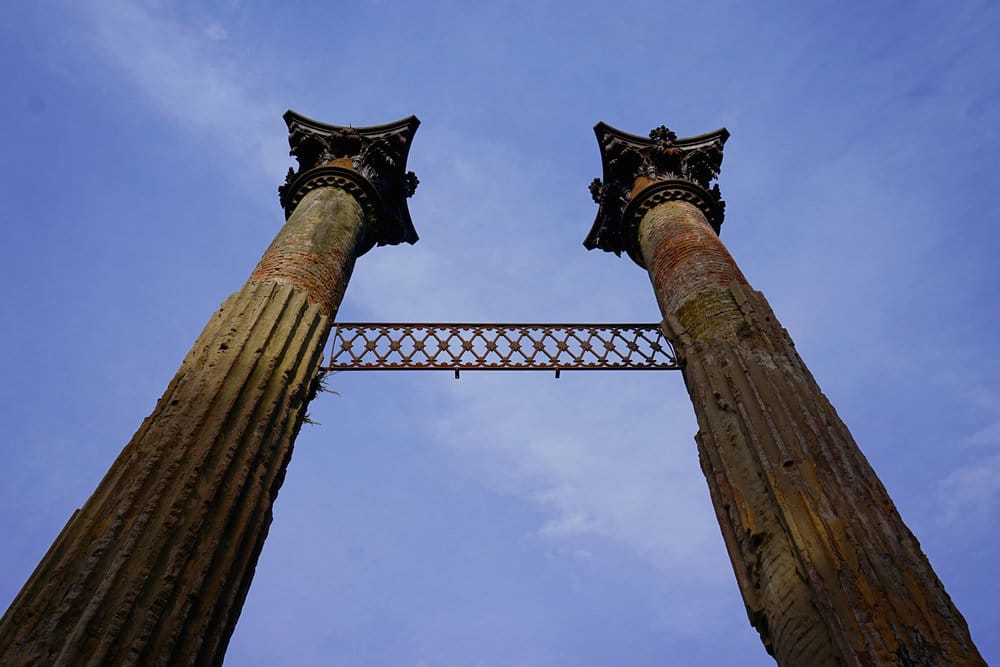 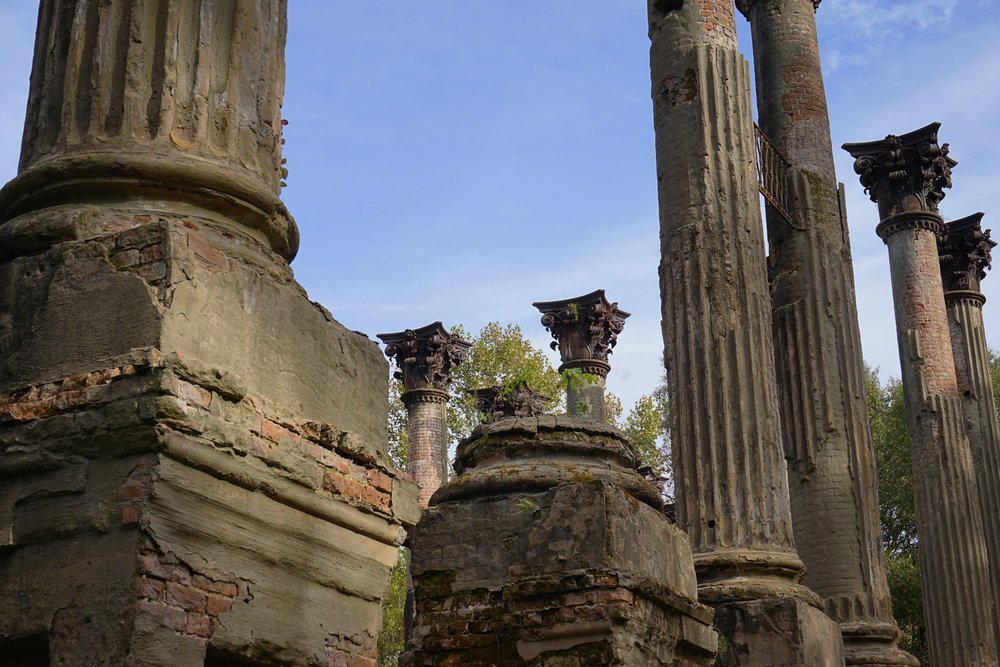 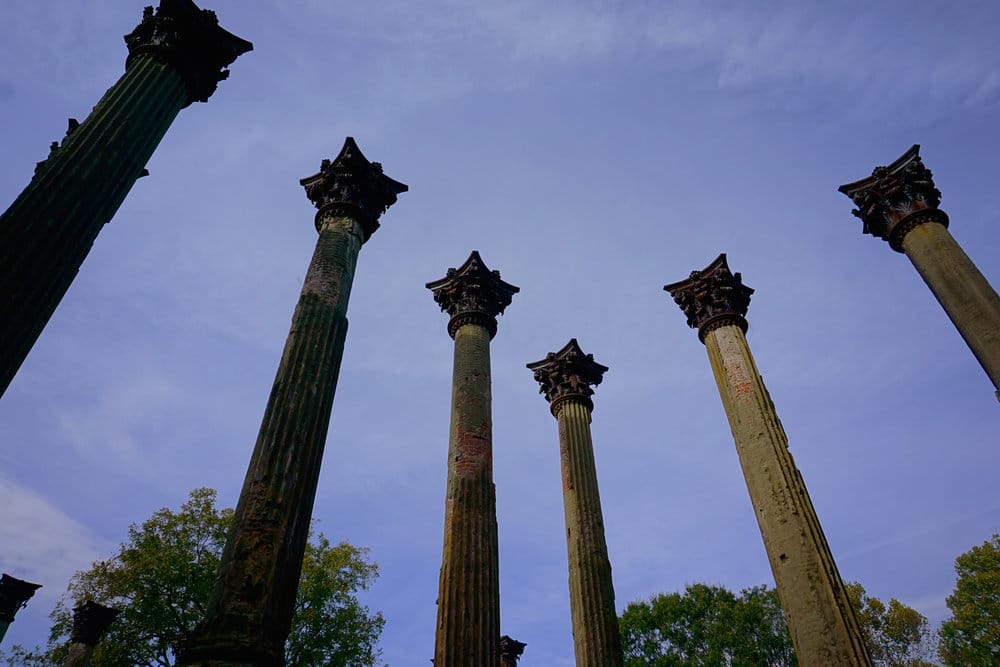 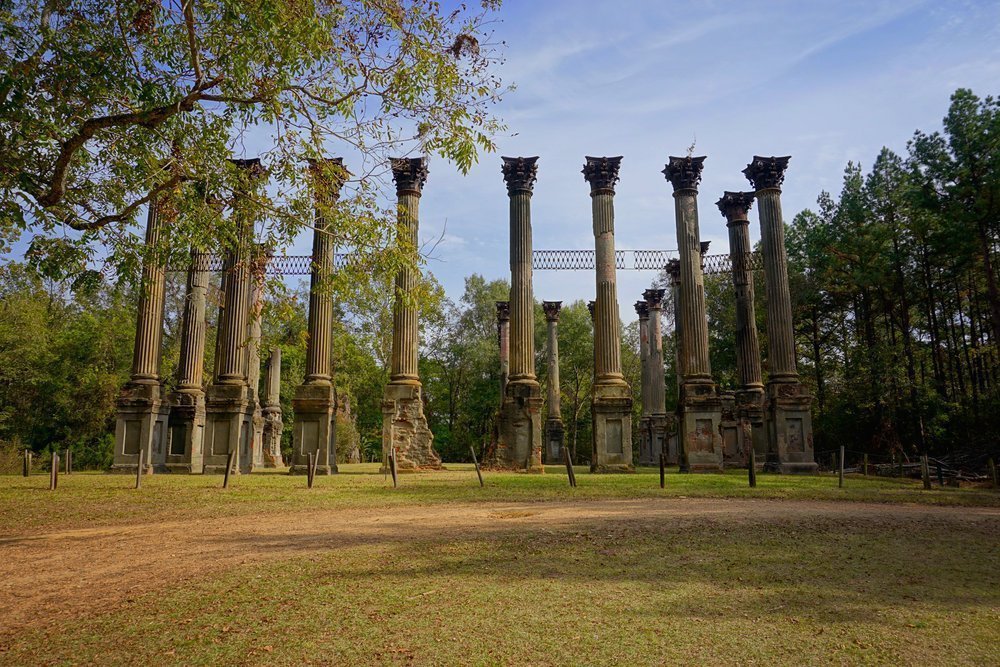 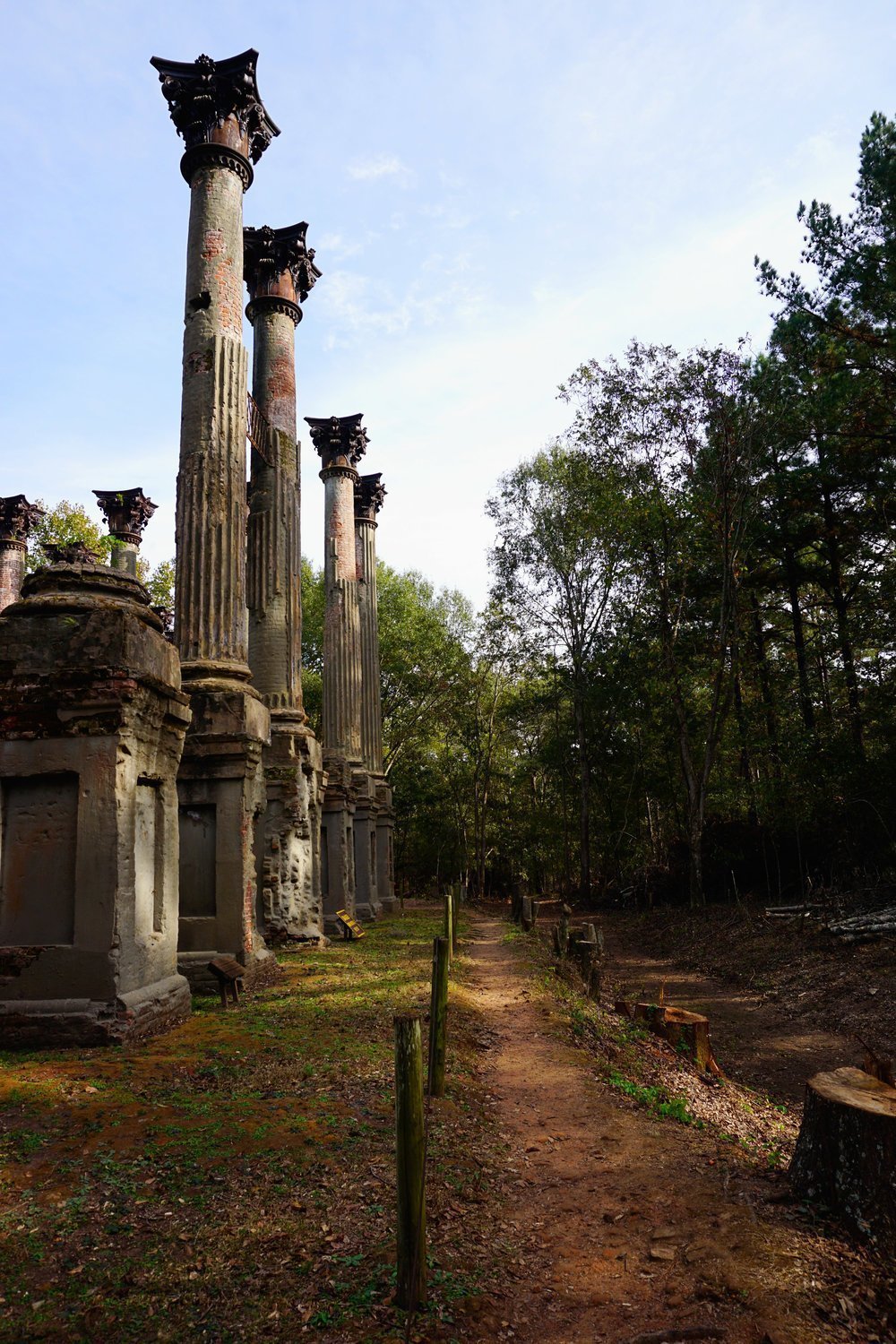 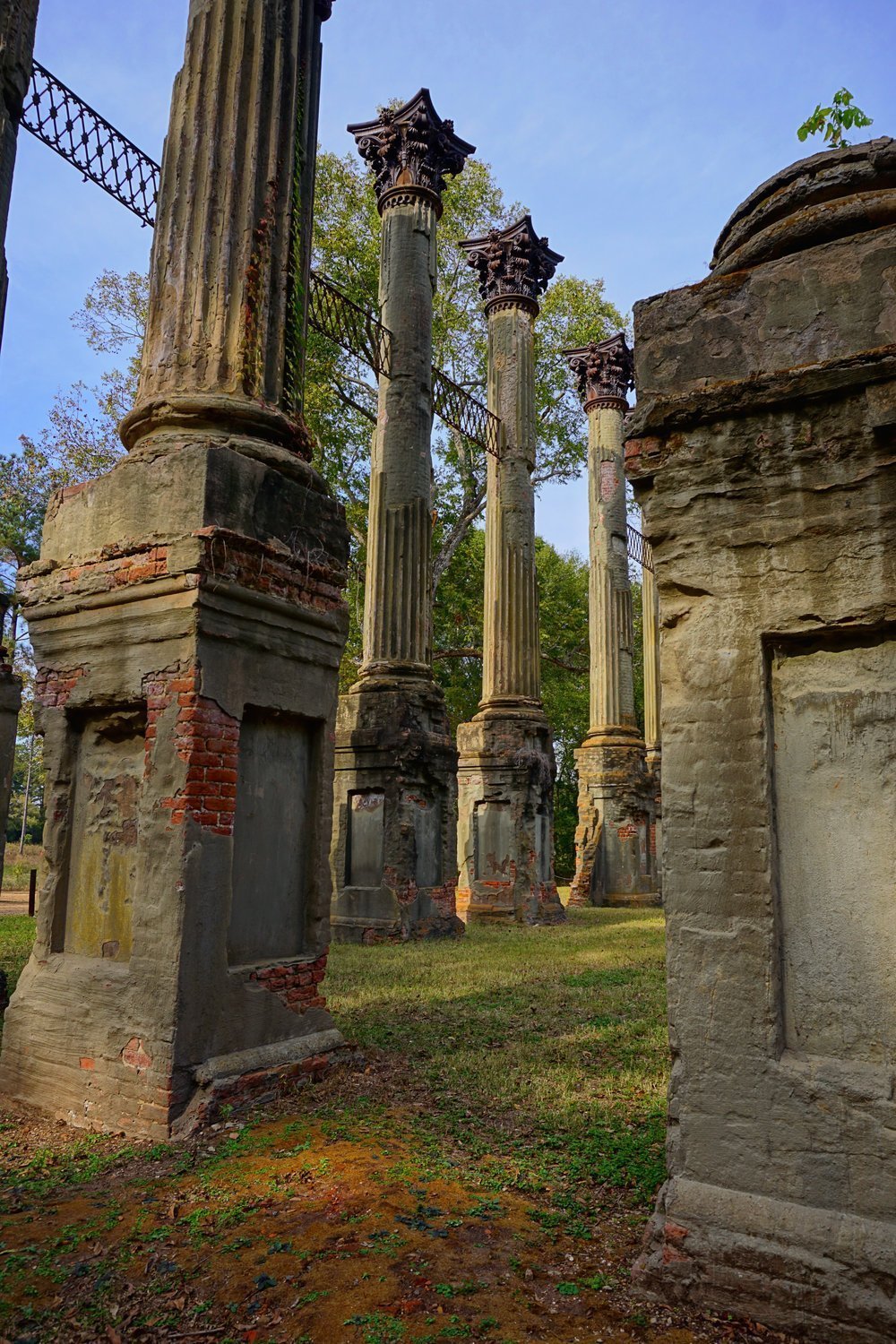 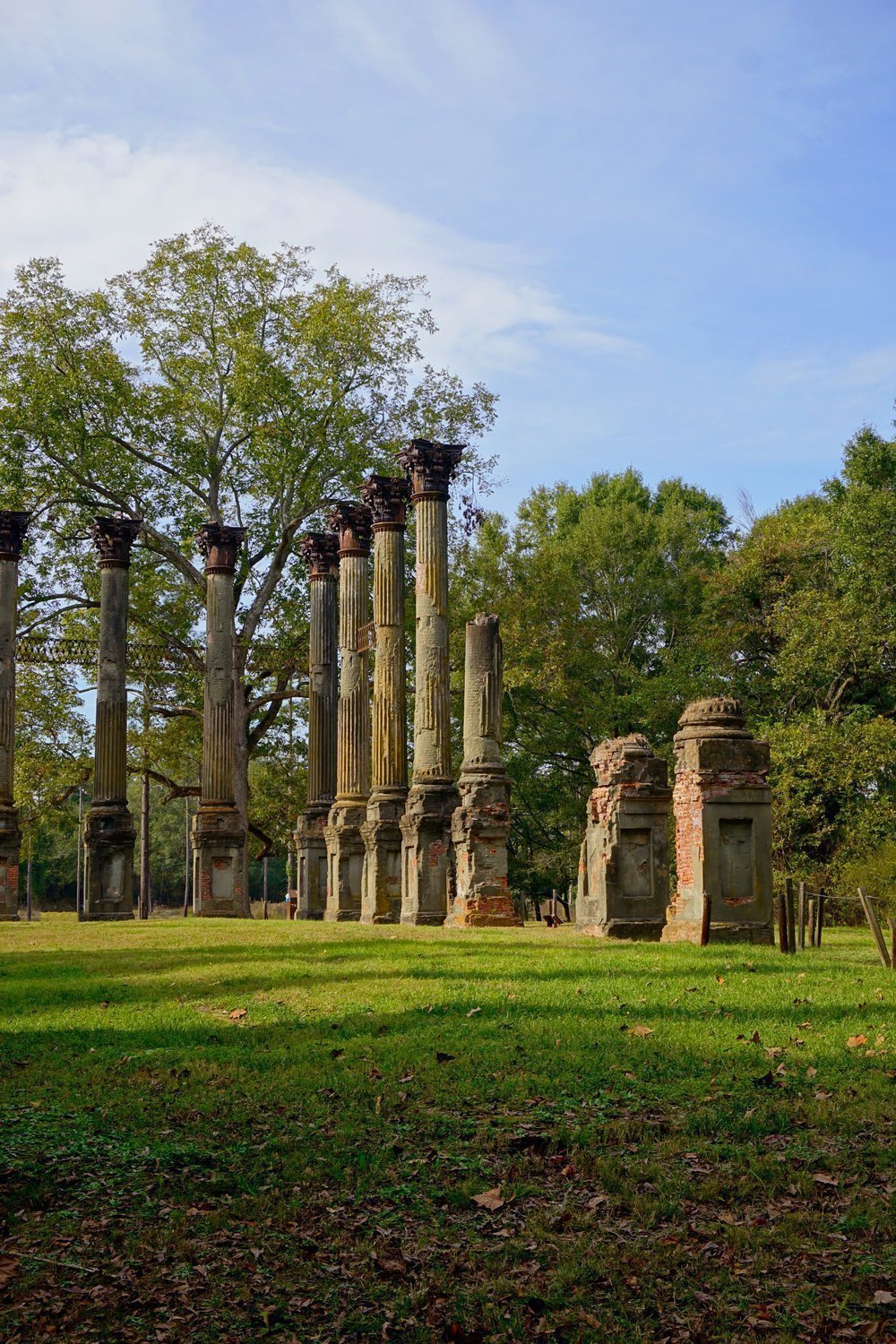 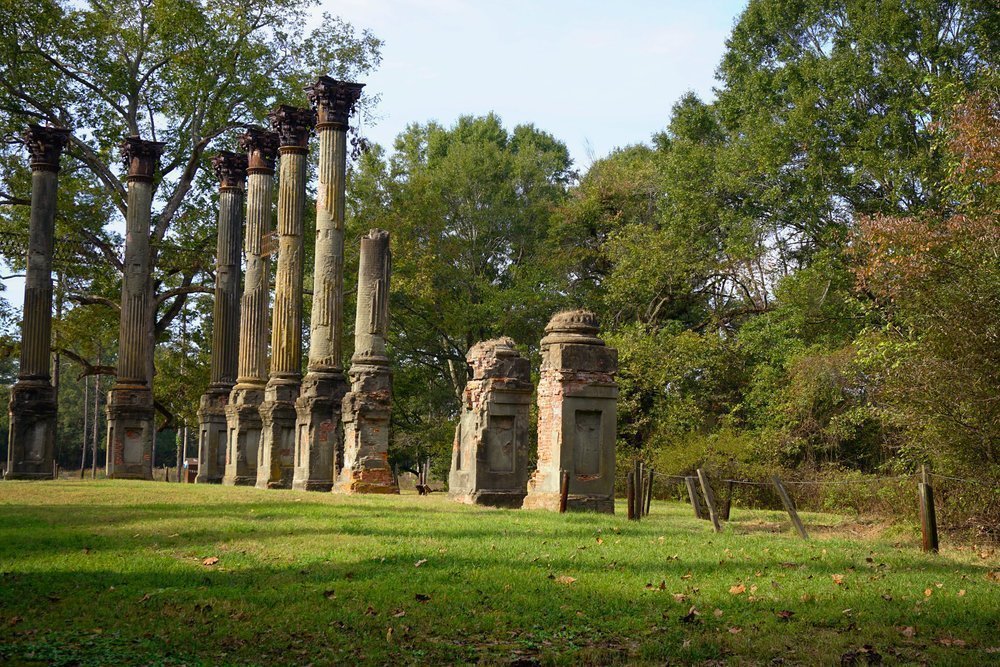 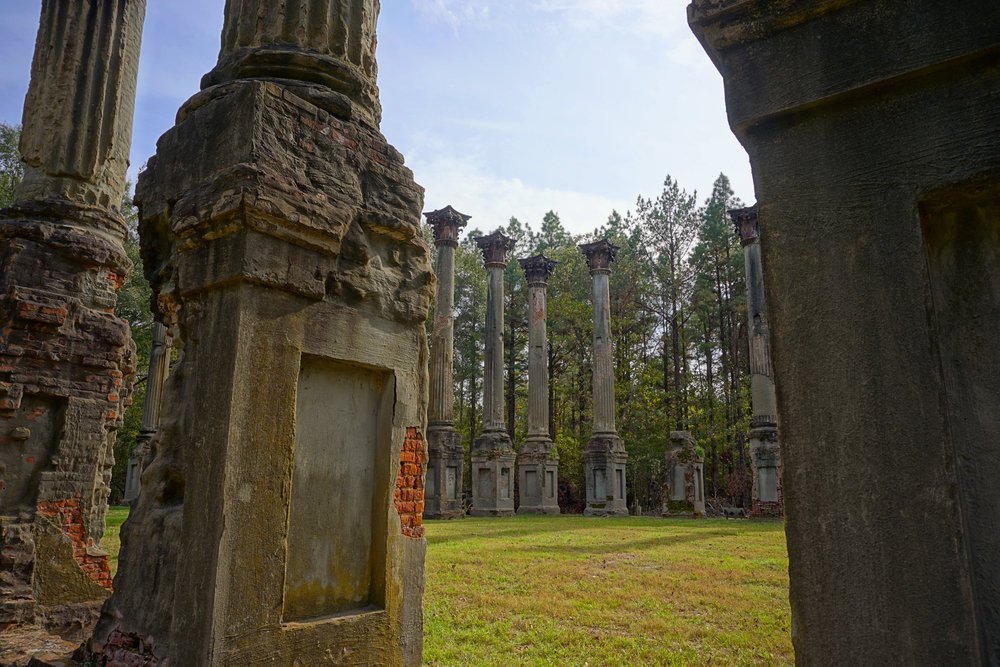 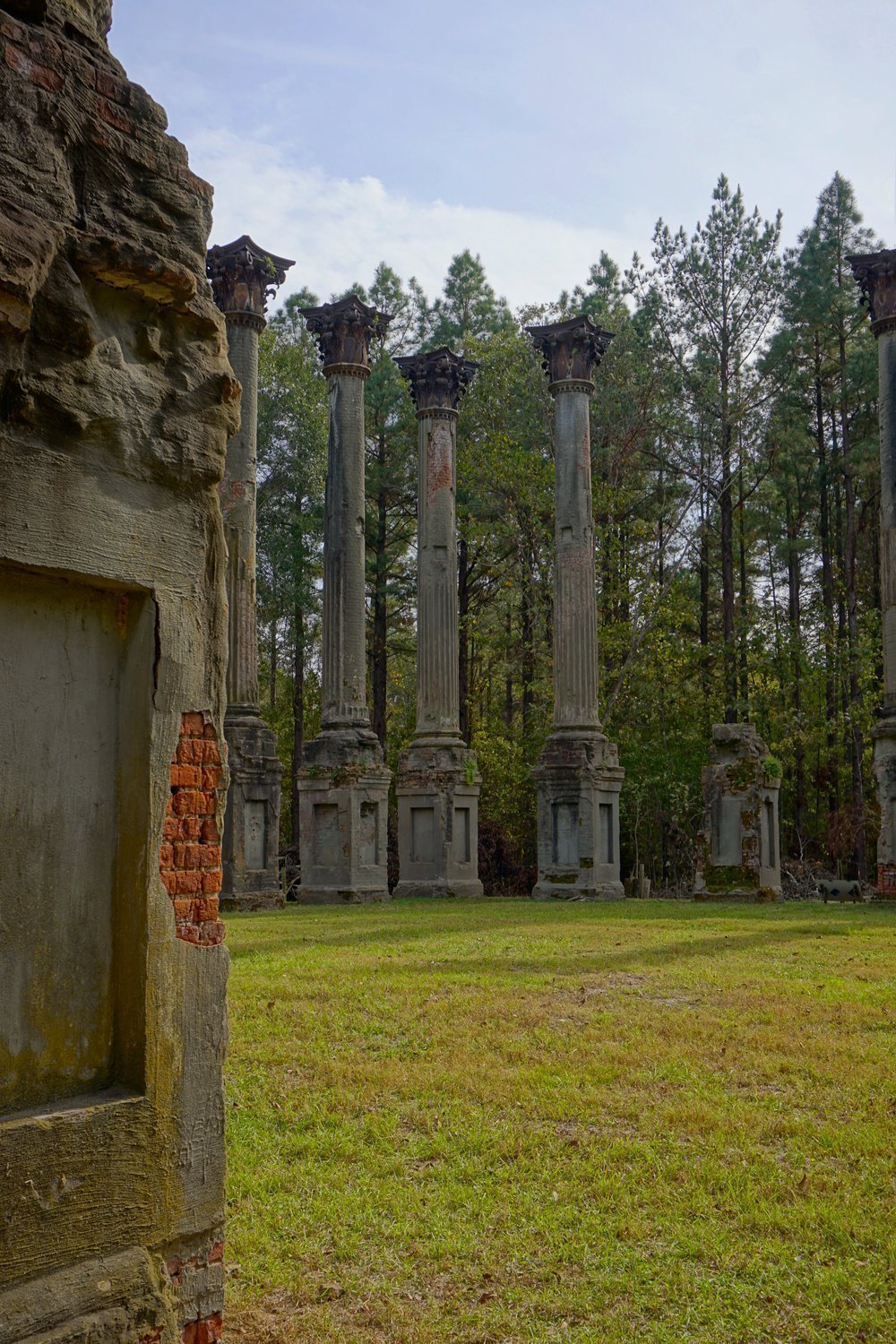 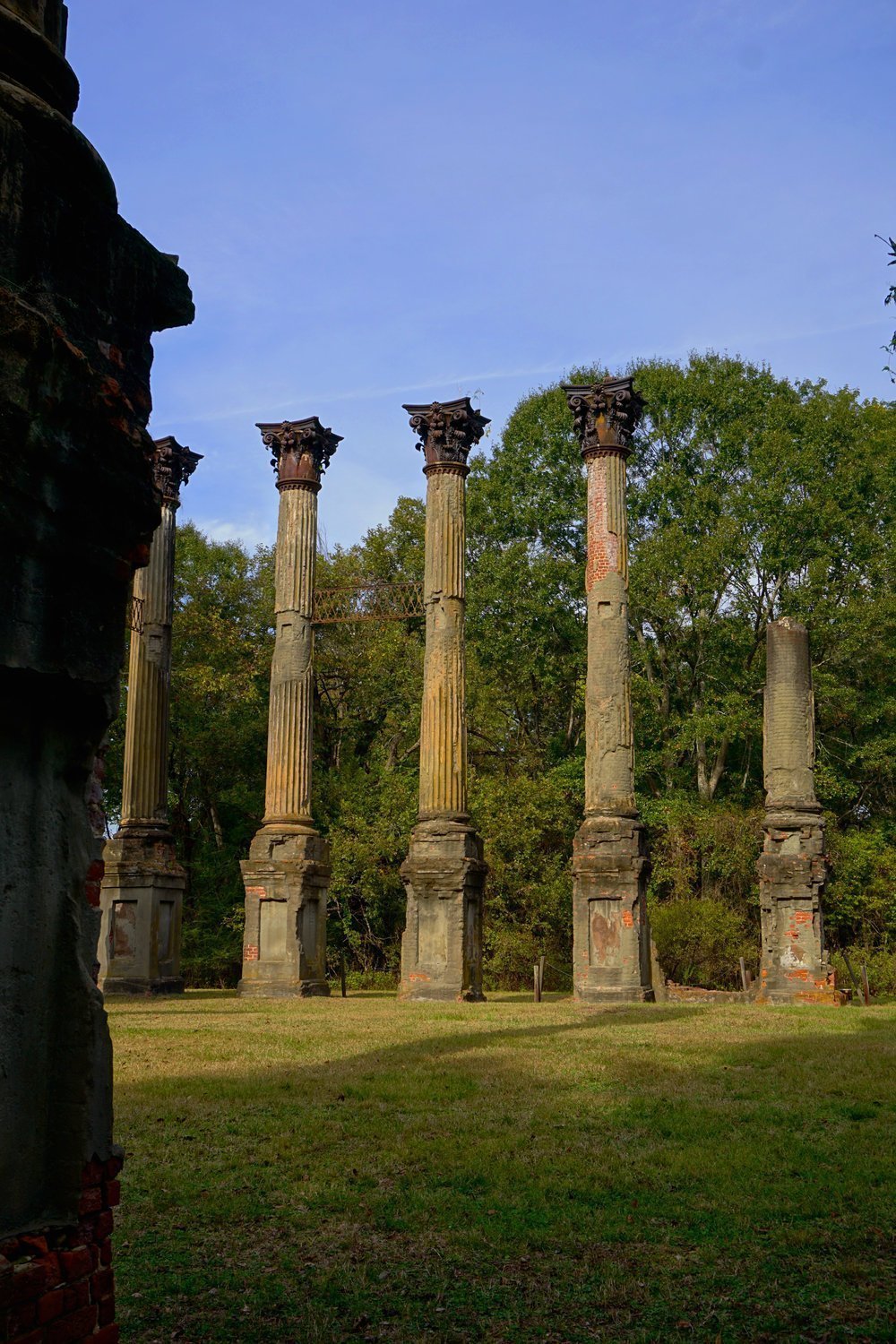 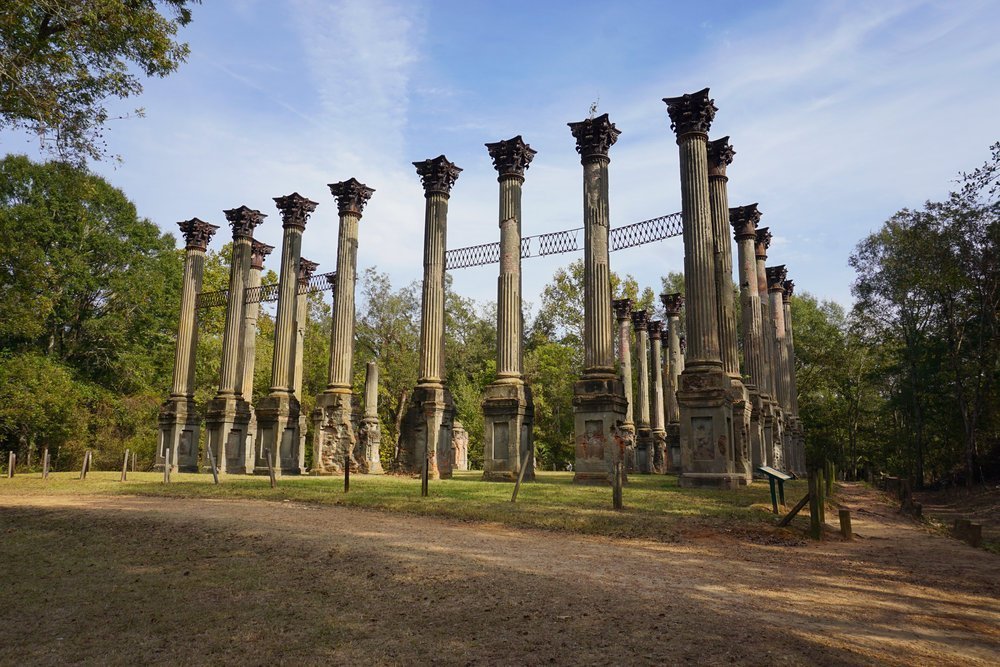 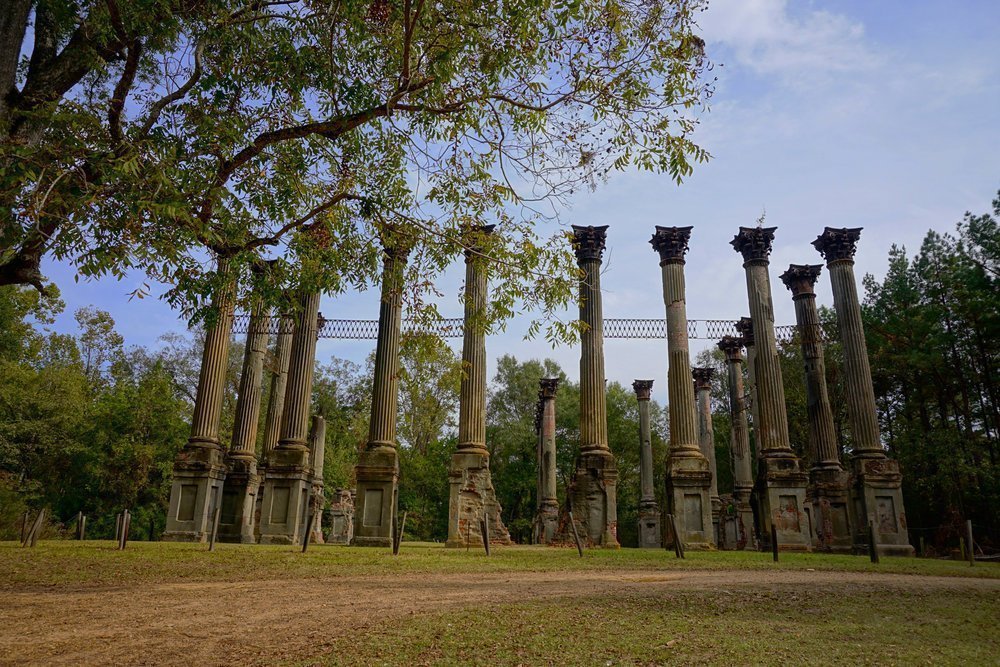 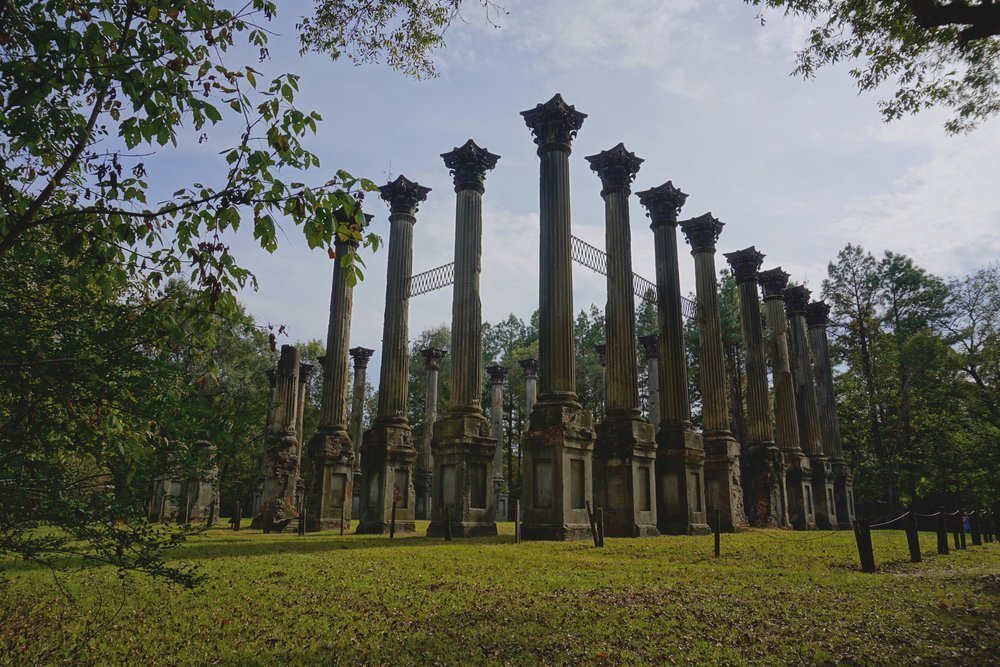 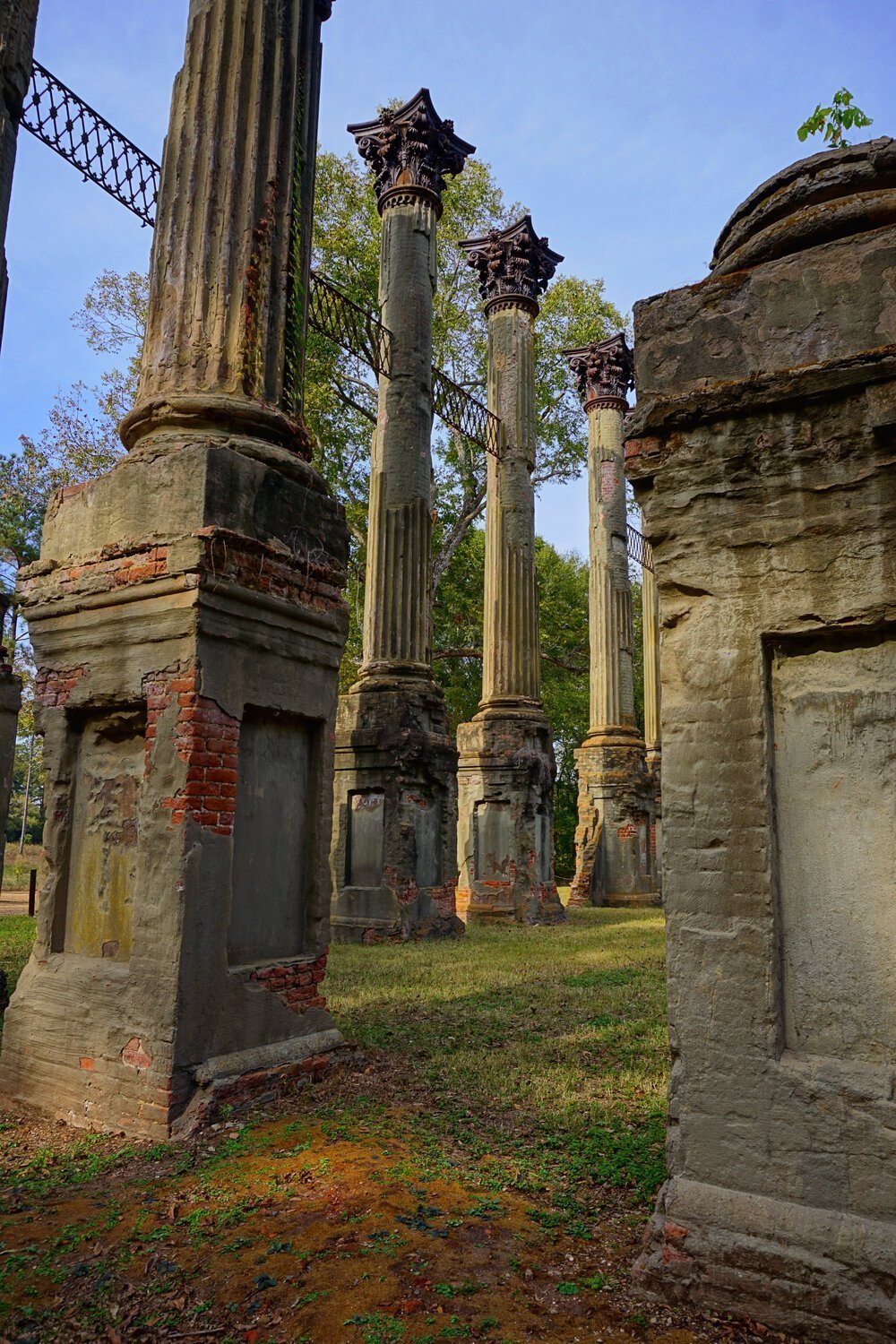 Few homes of its era could’ve possibly rivaled Windsor in its day, which was the biggest plantation home ever built in Mississippi.

In constructing this mansion, it’s builders spared no expense.

And while a visit to the property today (which is a well-maintained public park) is peaceful and serene, the ghostly pillars that mark the buildings former footprint stand like sad sentinels to remind of us of the difficult and often tragic stories that this home witnessed at the crossroads of our Nation’s history.

Built between 1859 and 1861, it once sat at the center of an expansive plantation of 2,600 acres that relied on chattel slavery to support its operations. The house was a five story tall, 23-room mansion, with an observatory at the top and intricate Corinthian capitols. It was estimated to cost some $175,000 for the building and furnishings that would amount to over $4,000,000 in today’s costs.

The house was constructed almost entirely of 16-inch brick,

Windsor, which was built by Smith Daniell and designed by architect David Shroder of Maryland, was made of almost entirely 16-inch brick, all made on site, by enslaved craftsmen along the Natchez Trace.

The Natchez Trace was an important travel, trade, and hunting route to Natives and European settlers and allowed for travel along the Mississippi River for hunters, merchants, and early white settlers.

After 1793, Eli Whitneys cotton gin changed the way cotton was produced and European settlers flooded the Natchez Region to establish large cotton plantations. Many would make their fortunes in this cotton-based economy, built on enslaved labor, and access to trade routes. Cotton was king and back then, the river was the only highway.

At the time, this point on the Mississippi was known as Bruinsburg, where boats could pull in to a landing to load cotton from the surrounding plantations. During the first half of the 1800s, 44,000 bales of cotton per day could be loaded onto Mississippi river boats from Bruinsburg and surrounding landings like Rodney and Port Gibson.

And while Bruinsburg was probably an obvious choice for Smith Daniell to establish a plantation and build Windsor, he couldn’t have possibly known that this very land would find itself as a crossroads in the upcoming battle between South and North. 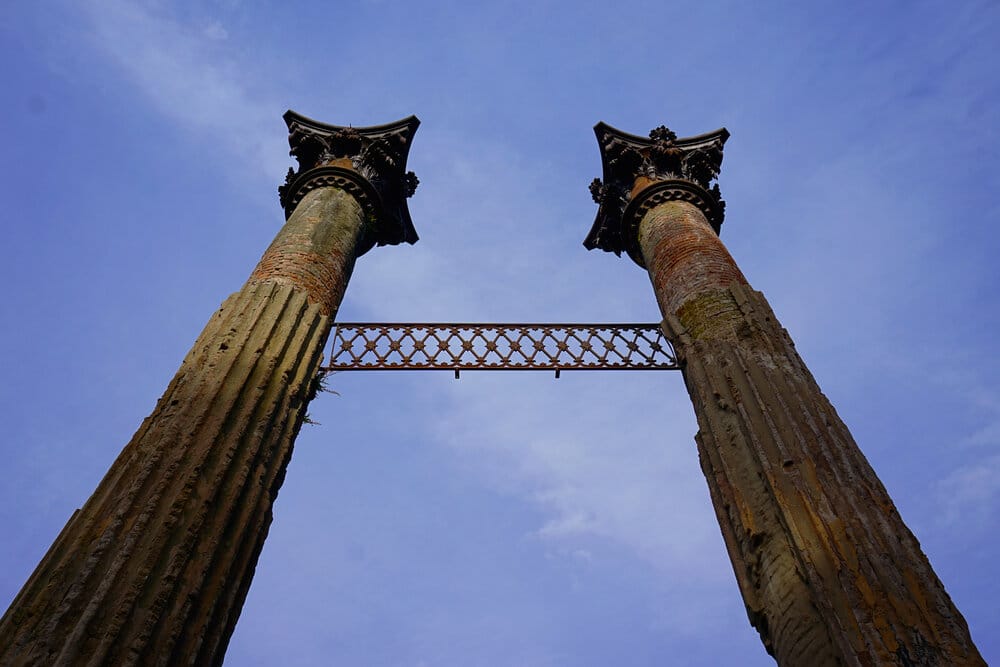 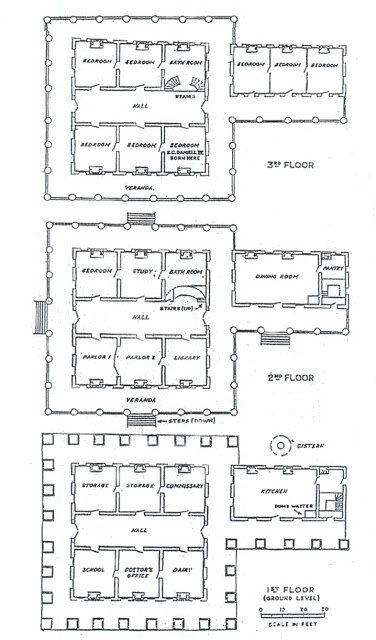 Smith Coffee Daniell, born the son of an ‘Indian fighter’ from Georgia, became a farmer and landowner in early Mississippi.

In 1849, he married Catherine Freeland (1839-1903) who was a relational cousin. The Freeland’s had relocated here to the Petit Gulf Hills area from Maryland around 1800. The families in the region during the time were relatively isolated from the rest of the United States and received significant land grants from the federal government. They brought with them large numbers of enslaved people who they used to farm the cotton fields.

By 1857, Smith Coffee Daniell II owned 2,600 acres of property in Mississippi and another 18,189 acres of land directly across the river in Louisiana. He had 150 slaves on his Mississippi farm, and another 164 in Louisiana, making him one of the largest slave-owners in Mississippi. (She bears at least 6 children starting in 1851. With Smith Daniell dies of heart attack or yellow fever/malaria from a mosquito bite on Apr 12 1861, his wife was pregnant with their last son, Smith Coffee Daniell who was born October 1861)

He began building Windsor in 1859 and completed it in 1861 but the story takes a turn here and it seems Daniell would never see his vision completed. On April 12, 1861, he died in his almost-finished mansion at the age of 34. As (mis)fortune would have it, this happened to also be the very day that the Civil War began with the attack at Fort Sumter. 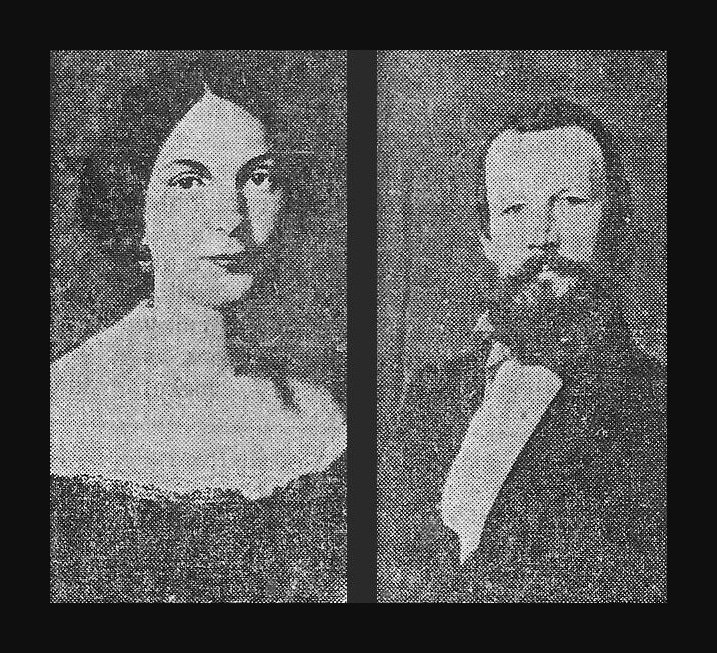