Tucked in a pocket of beautiful trees just off a rural highway stands Antioch Baptist Church. As historic as its design is unique, this impressive structure was built by an intrepid group of freed slaves in the Reconstruction Era South.

In November of 1886, led by Deacon Willie Peak, Deacon Abe Frazier and Deacon Philip Jones, a congregation was founded as folks worked to figure out what the future would look like during an undoubtedly uncertain time. The group, most of whom were from nearby Powelton and North Hancock County, likely met in Powelton until 2 acres were purchased, and 2 acres donated, from the neighboring Veazey Estate.

According to a building survey by the University of Georgia**, this building was constructed sometime around 1899 and the oldest documented grave in the cemetery is from 1898. There are some accounts that parts of the building burned in 1923 and was largely rebuilt, but I haven’t been able to confirm if these stories are true.

But some time along the way, things must have changed in such a way that life no longer looked the same for the people who had once worshipped here. The younger congregation likely moved away for better work opportunities while older members aged out over time. For many years, this church fell more into disrepair as its future seemed uncertain.

But some in the 2010s, a renewed interest in it brought a group of people together who hold annual services and have intentions to save it one day. In the meantime, you’ll notice at some point, a beam was installed inside the sanctuary to bolster a sagging ceiling and the church is in wonderfully clean condition. So I am inclined to think that someone nearby cares about this place and is keeping an eye on it, but I haven’t been able to track them down yet for more information.

This church is singular in its design and if it stands out against the rural landscape today, imagine what kind of a statement it made all those years ago. Even in its current condition, there is hope for this place and I think you might agree that it is truly deserving of being saved.

YOU CAN ALSO READ:   Forgotten Alabama Church Now Home to a Colony of Bats 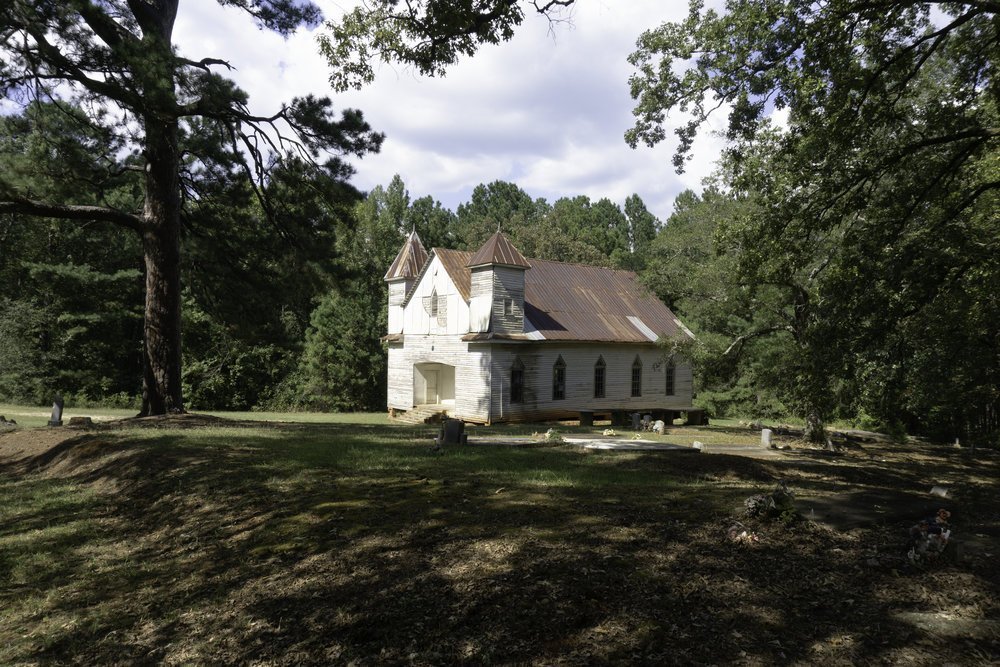 Do You Enjoy These Stories?

Help Support This Project So I Can Bring You More!

6 thoughts on “Historic Church Built by Freedmen in Georgia”